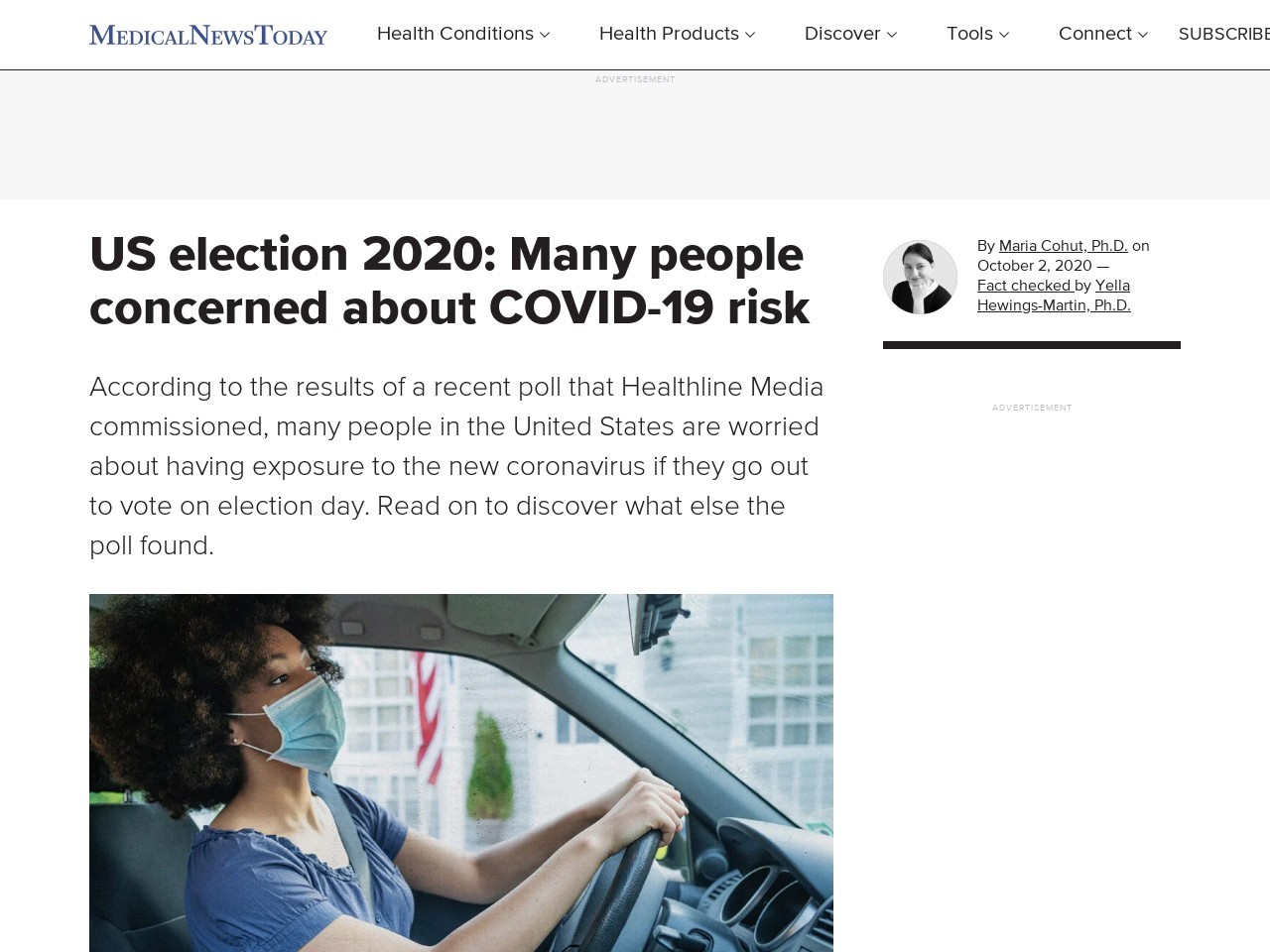 US election 2020: Many people concerned about COVID-19 risk
com-i1.com

According to the results of a recent poll that Healthline Media commissioned, many people in the United States are worried about having exposure to the new coronavirus if they go out to vote on election day. Read on to discover what else the poll found.

A study finds that belief in conspiracy theories and its effect upon individual behaviors rose between March and July 2020.

A recent small-scale study has concluded that hospitalized patients with COVID-19 are less likely to have life threatening complications if they have sufficient vitamin D levels.