How Cell Phones Would Have Ruined Most of Our Favorite Movies 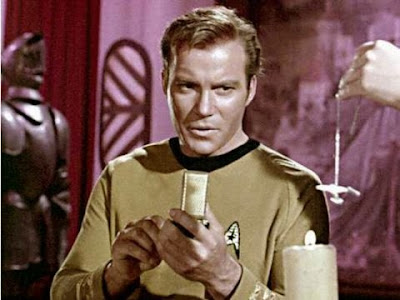 If you’re a pop culture maven, most likely it can be agreed that the modern cell phone can be traced back to two classic TV series of the 1960s: Star Trek and Get Smart. Captain James Tiberius Kirk and his USS Enterprise crew were always armed with their “communicators” when traveling abroad on a distant planet. They were palm-sized devices with covers the flipped open, providing instant connection with the orbiting space ship. This design was aped, no doubt, by former Trekkies for the classic “flip phone” design that ruled the high-tech roost in the late 90s and early millennium. 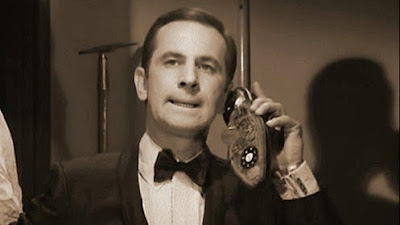 Secret Agent 86 Maxwell Smart had his shoe phone, surely the most creative (and ridiculous) example of technology ever invented by someone who was most likely thought to be a creative and scientific genius. However, it did enable Max to get out of one sticky situation after another. After all, how many bad guys confiscate a spy’s shoes after he’s been captured? With these questions in mind, we’ll take a look at a handful of classic movies, and how they literally couldn’t have played out, if they had been set in a cell phone-ruled universe.

The Wizard of Oz (1939)
Spirited teen Dorothy Gale runs head-on into a 19th century Kansas tornado in search of her terrier, Toto, who’s run off. Now, if Oz had taken place in 21st century Kansas, not only would Dorothy and all her relatives, farm hands and neighbors have smart phones stuck into that big front pocket of their overalls, Toto would have been stuck with a microchip by the local vet when he was just a pup, enabling Dorothy to track him via Google and changing her desperate, fumbling search for him through the cornfields into an easy search that would have taken all of ninety seconds. Cut to Dorothy: “Bad dog!” Dorothy snatches up said dog, scrambles into the storm cellar with time to spare, grabbing a piping hot biscuit for herself from Auntie Em’s fresh batch in the kitchen, and a stew bone for Toto. No conk on the head. No hallucinating about Munchkins, poppy fields and animated scarecrows. And no drug problem for the college-bound Dorothy a few years later because, let’s face it: once you’ve been to Oz, you’d wanna keep going back. And back. And back…

Casablanca (1942)
Former lovers Ilsa and Rick are reunited in Nazi-occupied North Africa. There is still major chemistry between the two, but Ilsa’s heart belongs to her husband, noble Hungarian freedom fighter Victor Laszlo. If Ilsa and Rick had cell phones, their first meeting never would have taken place. Think about it: a chick dumps your ass in Paris, the most romantic city on Earth, in the middle of a frickin’ rainstorm. What’s the first thing you do? You defriend her sorry excuse for a girlfriend on Facebook and get all your real buds to do the same! The minute Ilsa and Victor arrived at Rick’s Café Americana, and of course “checked-in” on Facebook, that one semi-catty female “pal” that stayed in touch with both Rick and Ilsa would inform Rick post-haste that Ilsa was in his establishment. Rick would then text Captain Louis Renault, dropping dime on the fact that the Nazi-wanted Laszlo was in his joint. Louis and his boys would arrest the hot couple on the spot, without Rick ever having to deal with them directly. End of story, with revenge served as the coldest of cold dishes on Rick’s part. Final fade out has Rick telling Sam to tinkle the ivories with the J. Giles Band classic “Love Stinks” as Rick dances with a beautiful Casablancan gal.

Vertigo (1958)
Alfred Hitchcock’s classic, cited by the British Film Institute as the greatest film ever made, could have played out much the same for its first half, until Kim Novak’s Madeline Elster character is “reborn” as Judy Barton, discovered by James Stewart’s ex-cop Scottie Ferguson on the streets of San Francisco. In the world of cell phones and the Internet, Scottie would have become a shut-in after the trauma of losing Madeline, spending all his time surfing dating and hook-up sites on the web and his phone. While cruising chicks on Tinder one lonely night, Scottie would have discovered Madeline/Judy’s profile, as the forlorn girl is now looking for love herself. Scottie quickly puts the pieces together via Photoshop, comparing and contrasting picks of Madeline and Judy under extreme magnification, realizing they’re one and the same. After setting up a Coffee Bean date with “Judy” using a fake Tinder profile picture, Scottie spikes her chai latte with drugged almond milk, taking her to the Golden Gate Bridge, making her confess all as she comes to. As the cops drag Judy off, Scottie throws his cell phone into the San Francisco Bay, deciding to move up to an Oregon commune where all technology is forbidden.

E.T. The Extra-Terrestrial (1982)
“E.T. phone home!” Well, here’s the thing: if we’d had cellphones in 1982, what do you think an uber-advanced alien would’ve had at that point? He would’ve phoned home. As in post-haste. As in, “Dude, what h-e-double hockey sticks are you guys thinking?! You left me stranded!” The captain of E.T.’s ship, scared shitless that his commanding officer, who happens to be E.T.’s uncle, will find out about this, uses a top secret do-hickey to travel back in time to the point where E.T. wandered off in the first place, grabbing him and dragging him onto the ship, chastising his subordinate for being “a space cadet.” Meanwhile, Elliott, Gertie and the nice suburban family have a normal suburban life, and adopt a Golden Retriever puppy a few months later. They name him Fernando, which translates to “brave traveler,” and got the idea from a new naming app Gertie downloaded onto her iPhone 6.
Source: Huff Post