By Ethan Reid | Off the Shelf

For decades writers have mixed science fiction and horror to create haunting stories. Frankenstein. The Strange Case of Dr Jekyll and Mr. Hyde. Invasion of the Body Snatchers. These crossovers take us to the edge of the galaxy, or pin us to our seats when outer space comes to us. Alien. The Thing. In the last few decades videogames have even followed suit, melding the two to nail-biting effect. Dead Space. System Shock.

The quality that makes meshing sci-fi with horror so unnerving is that it touches on the unknown. That fear that, as much as we want to use science to define the universe, there are some things beyond our comprehension. 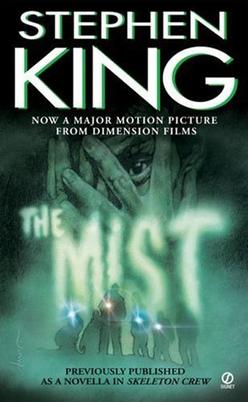 The Mist, by Stephen King
I nearly led with King’s brilliant novel It, and those who’ve read the book know there are plenty of reasons I could have (in fact many of King’s novels make this list — Tommyknockers, Desperation, Under The Dome) but I instead went with his novella The Mist, one of my all-time favorites. In The Mist, an inexplicable disaster causes a fog to roll across the world, hiding monstrous, murderous creations. Along with others, a father and son in Maine flee into a supermarket. How do survivors cope when pitted against these creatures from beyond? Do they rally and fight, or turn on themselves? King at his finest. The Andromeda Strain, by Michael Crichton
Crichton’s debut novel follows the government’s attempts to prepare for any bio-organisms entering our atmosphere from space. After extraterrestrial material from a downed satellite brutally wipes out a town in Arizona, a team of scientists from the top-secret Wildfire laboratory whisk the microscopic organism to an underground bunker in Nevada for study. In thrilling fashion they soon discover that the crystal microbes from the satellite Andromeda are an alien life form — one that might not want to purposely destroy all life on the planet, but may do so simply by existing. 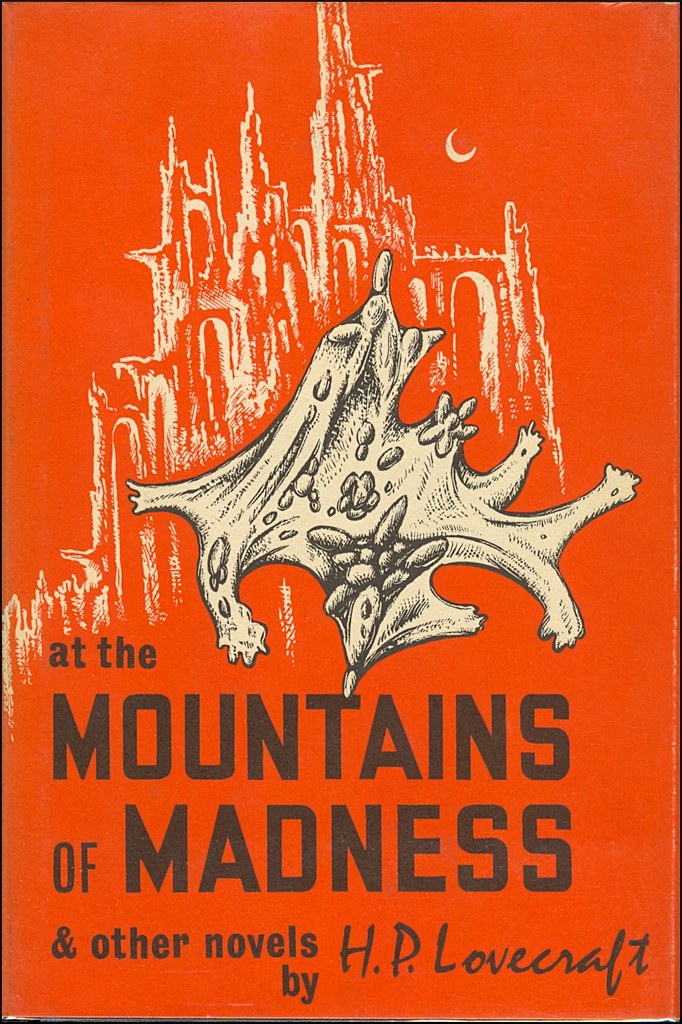 At the Mountain of Madness, by H.P. Lovecraft
One of the most influential horror writers across the board, H.P. Lovecraft was a trailblazer when it came to melding sci-fi and horror, striking terror of the unknown into readers of the early twentieth century. Much like “The Thing” does for filmgoers, Lovecraft’s 1931 At the Mountain of Madness can easily be considered the genesis of the extraterrestrial-astronauts-trapped-on-Earth yarn. In this novella, an expedition to Antarctica discovers the horrors of an ancient, alien city. Think human dissection, where the Elder Things and Shoggoths unite.

The Martian Chronicles, by Ray Bradbury
Written in the 1940s, Bradbury’s short story collection tells of humanity’s attempts to flee a ravaged Earth with the hope of colonizing Mars. As a teen, these stories frightened me greatly: the isolation felt during the first attempts of colonization, the sheer distance between planets, how Bradbury expertly places early explorers at the mercy of the universe, while Martians — nearly wiped out by a plague brought to their planet by humans — ingeniously attempt to fight off the settlers in a most terrifying way. Some of the pioneers finally pack up to head back as worldwide nuclear war threatens Earth — a conflict that eventually cuts off all contact between the settlers and their distant home.

The Boneshaker, by Cherie Priest
This 2009 steampunk novel by Cherie Priest is a marvelous sci-fi/horror mix, set in an alternate version of Seattle, where after the Boneshaker drilling machine accidentally destroys much of the city, a gas is set loose, turning people into zombies. The first in a series, Boneshaker follows young Zeke’s story, sixteen years after the accident.

Infected, by Scott Sigler
Originally released in 2006, this novel by bestselling author Scott Sigler follows the tale of another alien invasion at the microscopic level, as seeds from space turn the living into cold-blooded killers. The book tracks a CIA agent trying to find the source of the contagion, along with a member of the CDC, as a professional football player finds himself infected. It’s the first book in a trilogy.

Ship of Fools, by Richard Paul Russo
Winner of the Philip K. Dick Award in 2001, Richard Paul Russo’s space opera is the story of the craft Argonos, filled with thousands of humans travelling the universe for so long, they’ve forgotten their original mission. Passing aimlessly through the galaxy, they eventually land on a planet where a signal leads them to a massacred colony and an alien spaceship. A ghost ship that isn’t quite what it seems…

More Book Recommendations from Off the Shelf:
The House of Cards Book Club