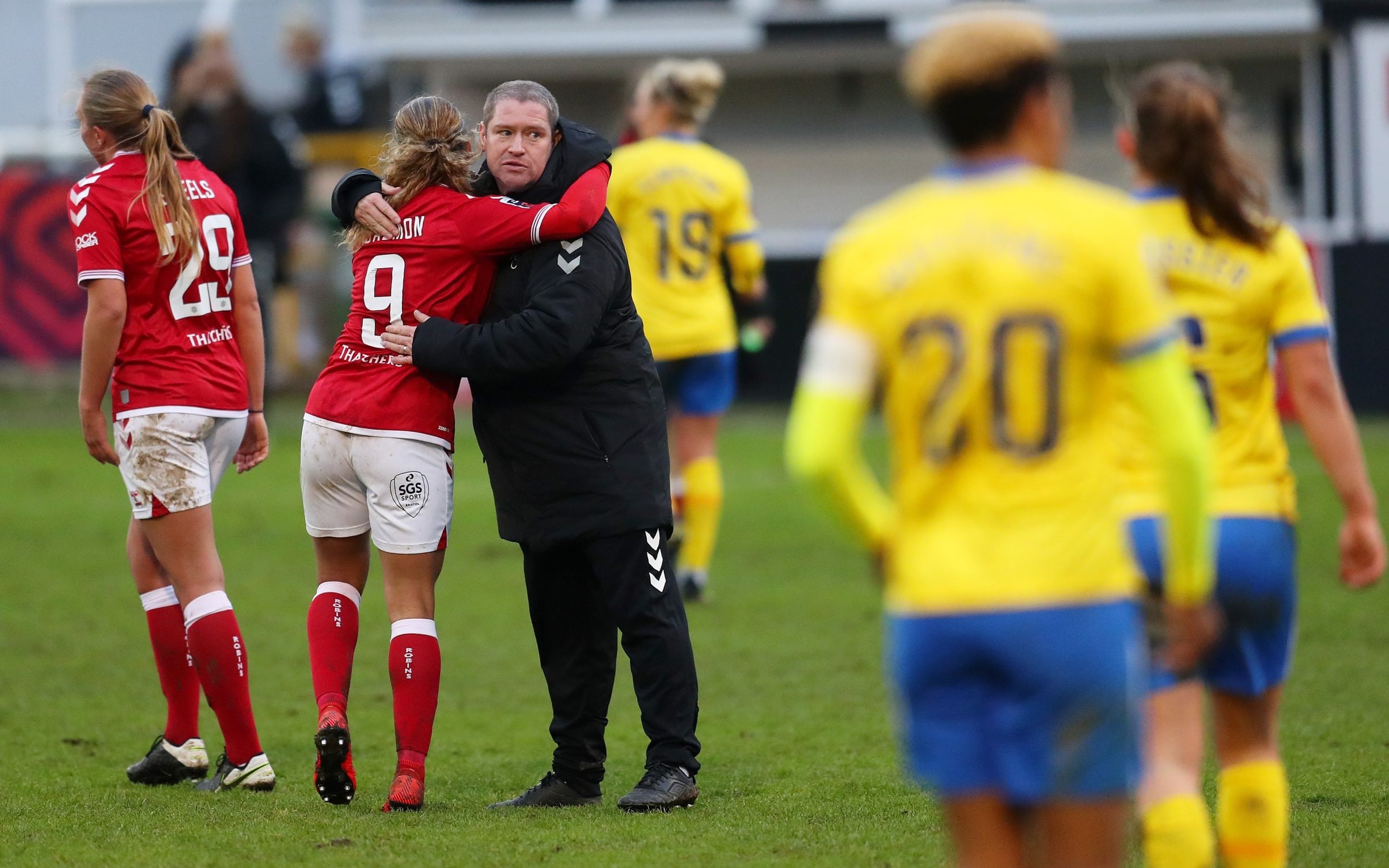 Bottom side Bristol City emphatically beat Brighton to claim their first Women’s Super League victory of the season and breathe new life into their fight to avoid the drop.

In a bad-tempered match which both sides knew they could ill-afford to lose, the hosts outfought their opponents to drag Brighton and the rest of the bottom half of the table into relegation danger.

The resounding, thoroughly deserved victory for the hosts came in interim manager Matt Beard’s second game in charge since he arrived to provide maternity cover for manager Tanya Oxtoby until the end of the season and their side showed they are more than capable of staying up.

Any team hoping to turn such a disappointing season around often needs a ‘moment’ to lift them – for Bristol City, that moment came in the third minute, when Yana Daniels lashed in their goal of the season. The Belgium forward collected Gemma Evans’ pass, turned and fired home a powerful strike from distance, in off the underside of the bar. From then onwards, the home side’s confidence levels were through the roof.

Playing as if they were experiencing an adrenaline rush for the rest of the first half, they were relentless in their work rate, with Beard constantly demanding more effort from the touchline.

Striker Ebony Salmon’s pace was a constant threat and she doubled the lead before half-time when she got in behind the Brighton defence and slotted into the bottom corner. Salmon would bag her second and the hosts’ third from the penalty spot after the break and three times went close to clinching her hat-trick.

Brighton’s day got worse when Wales’ Kayleigh Green was sent off for stamping Daniels off the ball with 22 minutes to go. Green had to be held back by team-mates as she exchanged expletives with a furious Bristol City bench. After the game, Daniels said Green had apologised personally and the incident was “forgotten about already”. Brighton boss Hope Powell said Green was “disgusted with herself” and the clash had been “unacceptable”.

The result clawed Bristol City to within two points of safety, while they are just four points adrift of ninth-placed Brighton with a game in hand on them.

“We weren’t good enough by our standards,” Powell said. “With how much we’ve developed, it feels like we’ve hit a brick wall and we have to go again.”

Beard stressed his side’s hard work needed to continue to keep them up, adding: “They’ve proved what good players they are.

“One or two games aren’t going to define whether we stay up or go down. Everybody on the outside thinks Bristol City are going down but this team has got a lot of talent and togetherness.”

The two teams will meet again on the final day of the season. On Saturday’s evidence, it could be a game not to miss.