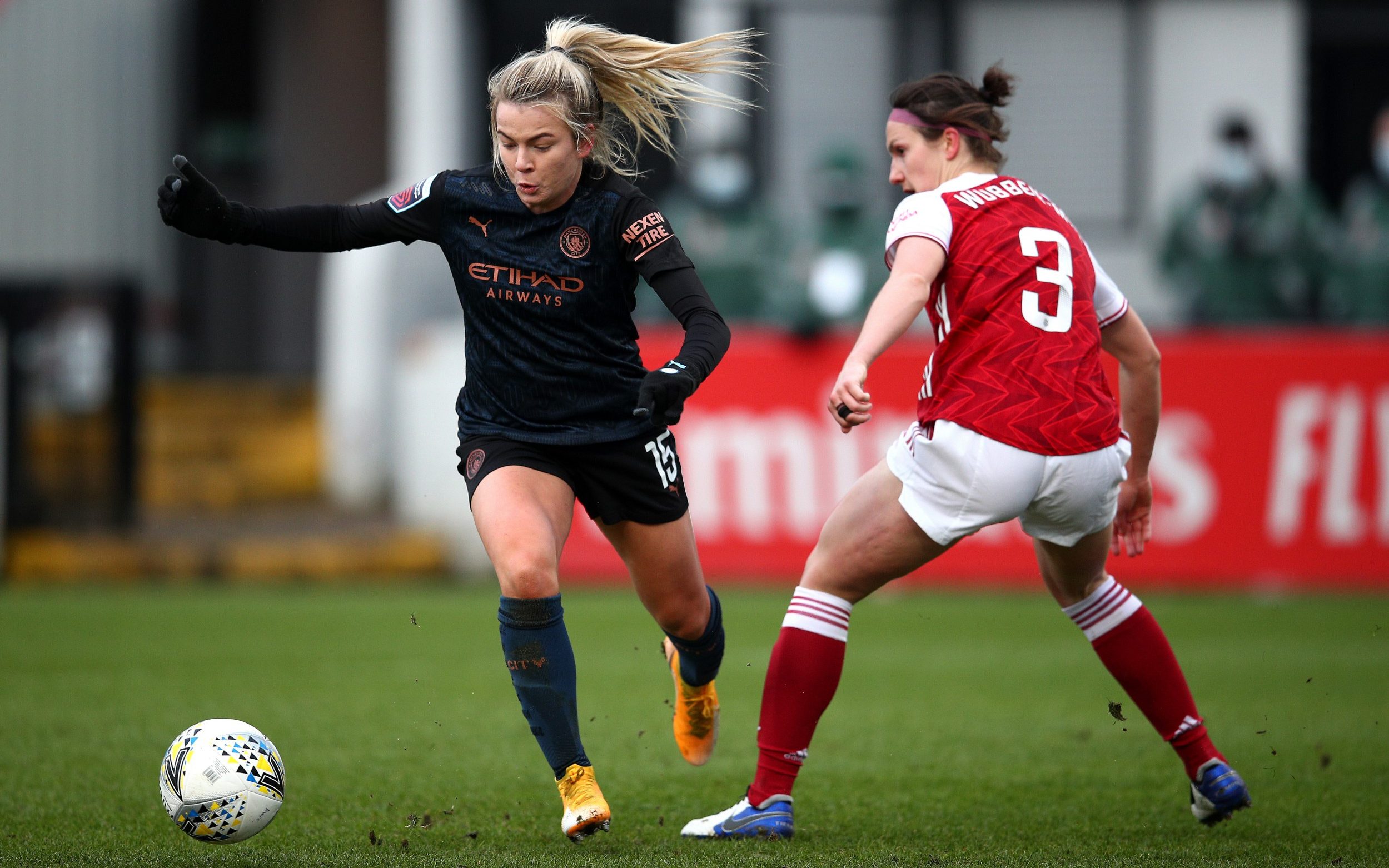 Arsenal manager Joe Montemurro insisted his side are still in the Women’s Super League title race, despite suffering another defeat against one of their biggest rivals as Manchester City claimed a priceless win at Meadow Park.

Montemurro insisted his fourth-placed team will “keep fighting” for top spot, but England’s most successful women’s team historically now face an uphill task to finish in the top three – something they have failed to do only once since 1992.

Arsenal went into one of their most important games of the season without several key players, including first-team stars Jordan Nobbs, Kim Little and Jen Beattie, all three of whom are said to have picked up injuries in training.

That could not have come at a worse time for the north London club, who face leaders Chelsea on Wednesday. The first of Arsenal’s huge back-to-back matches started with them finding in-form Manchester City very tough to break down and the visitors took the lead through a landmark goal from Ellen White.

The England striker scored her 55th WSL goal to become the competition’s all-time top scorer, surpassing Arsenal striker Vivianne Miedema’s record of 54. The Netherlands striker had held the record since October but was caught by the consistent White while postponements saw Arsenal play only once in January.

That lack of match action meant Arsenal were not as match-sharp as City, who looked full of confidence after netting 16 times in their past three league games.

White’s strike for the opener demonstrated the high quality of her finishing since the WSL began in 2011. Steph Houghton won the ball for the visitors and quickly played a low pass down the right to Chloe Kelly, whose good low cross was swept home first time by White with too much pace for Arsenal goalkeeper Manuela Zinsberger.

The Austrian shot-stopper, who signed a new contract with Arsenal on Friday, got a hand to White’s well-struck strike but could not prevent it from bouncing in off the underside of the bar.

After half-time, Arsenal enjoyed a brief spell of better success and equalised thanks to a superb, free-flowing counter – started by Miedema – that cut the City defence apart before Australia’s Caitlin Foord swept home.

But City had the better of the rest of the game, hitting the post through White before youngster Lauren Hemp was on the end of Kelly’s well-placed cross to head home the deserved winner.

That secured City’s sixth WSL victory in a row and moved them to within two points of leaders Chelsea, while Arsenal slipped seven points adrift of the Women’s Champions League places.

City manager Gareth Taylor said: “The players battled hard today and were very resilient. The wind was bad. It made conditions difficult in the cold as well, but the battling and the work ethic from the players, and the character they showed, was top class.”

Reflecting modestly on her record-breaking goal, White added: “It’s nice but for me I just want to concentrate on what I can do for the team. It was all about the result today and thankfully we got the three points.”

It was City’s third victory over Arsenal by a 2-1 scoreline since October in all competitions, with Montemurro’s side still without a win over any title rival since beating City in January 2020.

Asked if his team were still in the title race, Montemurro said: “There’s a lot of football still to play. I wouldn’t count us out just yet.